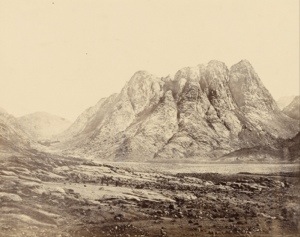 Are Christians really the heirs of God’s promise made to Abraham? In these verses the Apostle Paul answers with a resounding ‘Yes!’. Grasping this will not only provide an antidote to legalism, the presenting concern being addressed, but will also highlight both God’s faithfulness in fulfilling the promise he made so long ago and the providence of understanding ourselves as the fulfillment of this promise.

The attentive reader will notice that Paul is building on the argument constructed in the prior two paragraphs. In v. 16 Paul made the point that God’s promise to Abraham was not made to all of his descendants (plural) but rather to a singular descendant, whom we now know was Jesus the Christ.

Paul’s immediate audience, the Galatians, were trying to sort out where and how being a Jew or Gentile mattered. Yet, said Paul, what mattered was neither whether one was Jew or Gentile but rather one thing alone: faith in Christ. Abraham’s heirs were not determined by ethnicity but rather by one’s acceptance or rejection of a singular heir of Abraham, which is one other than Jesus.

What was true for them is true for us. If we belong to Christ, then we are “Abraham’s descendants, heirs according to the promise” (v. 29). In a culture obsessed with secular fame and fortune it might be easy to overlook the significance of this, but we will do no such thing. We Christians are the rightful heirs of God’s promise to Abraham, a man he loved and blessed. His blessing is now ours, having been validated by God’s steadfast love spanning the centuries. Feels good, doesn’t it?