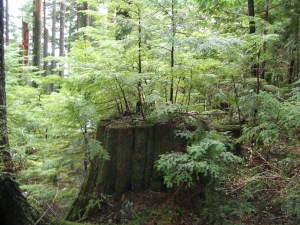 For Sunday, December 20, 2009
Fourth Sunday of Advent
“But you, Bethlehem Ephrathah, though you are small among the clans of Judah, out of you will come for me one who will be ruler over Israel, whose origins are from of old, from ancient times.” (Micah 5:2)
The prophet Micah was writing to a nation in deep trouble. It had already split in half, and its northern portion, Israel, had fallen to the Assyrians. Now it looked like the remaining part of the country, the southern kingdom of Judah, was also under threat. Micah’s message was this: “It’s going to get worse before it gets better.”
Yet there was a silver lining. One of Judah’s obscure towns, Bethlehem, would give rise to a ruler who would return from ancient times to bring blessing to the very end of the earth while allowing the reconstituted nation to live in peace forever.
How exciting it must have been for the Jewish believers of Jesus’ day to realize that He as Messiah was the beginning of the fulfillment of this promise from over 700 years earlier. How much more exciting is it for us to look back 2000 years subsequent and to realize that the promise has not been broken or forgotten. Christ’s kingdom is being established. His greatness is reaching to the very ends of the earth.
There is a connection between Bethlehem as a small irremarkable town in Israel and Isaiah’s image of a shoot rising up from the stump of Jesse (Isa. 11:1). A tree can be cut down, but if the stump is left in the ground, inevitably a shoot will emerge and the tree will start to grow again. This is a picture of the irrepressible love of God.
Maybe just as God works with his people collectively so he also works in us individually. Looking at our own lives, we may consider ourselves as nothing more than insignificant stumps of God’s intention. But this is not to be.
Let your roots sink deep into the love and grace of God and more quickly than you anticipate a shoot will emerge, that will soon become a branch, and then a limb, and then a wholly rejuvenated tree. Don’t despair, God isn’t finished with you.
Merry Christmas.
Please use with attribution.